For over 140 years the company has been operating in the plumbing and air-conditioning service industry. Established in January 1880, Alexander Fraser bought out his business partner William Pyle after William Pyle & Co was dissolved by mutual consent.

Australia saw the start of a severe depression starting in 1890. Overseas investors became more concerned with the difference between expected returns and actual returns on Australian investment and withdrew further funding.

It is believed that during this time Alexander Fraser’s brother in law William Mountain became a partner in the business, an injection of funds being the probable reason for the partnership.

May 1900 – Fraser and Mountain won a large tender for sewer connections etc. at the South Yarra post office. Their office was still 64 Swanston Street.

April 1901 – When the second son of William Mountain is married at “Fortrose”, Albert Park, the family home, the employees of Fraser and Mountain present the newlyweds with a marble clock.

October 1906 – Fraser and Mountain Pty Ltd, 134 Flinders St, is put up for sale either as stock plus goodwill, or as a going concern. A subsequent buyer kept the trading name of the business.

It seems that Mr Fraser still maintained some association with the business until at least 1908, when his name appears in the press as part of the celebrations for a visiting US fleet.

The ownership of the company between 1907 and 1938 is unclear however it remained in operation throughout this period.

In 1938, Ray Peterken purchased the company and continued operations. Ray’s intuition led him to convert his Ford sedan into a utility; he removed the rear body and was also forced to add a coal burner due to the shortage of petrol.

In 1962 Geoff Peterken, Ray’s son, joined the company as an apprentice plumber. During 1967 Ray Peterken was diagnosed with Asbestos related cancer and passed away two years later in 1969.
Geoff and Fraser & Mountain’s loyal employees were able to continue operations, and then in 1981 Graham Brunning joined the company. Graham’s experience in Mechanical Services added further support to Fraser & Mountain’s knowledge. Geoff also saw a need to expand the refrigeration and service section of the business. Martin Morey joined the company and developed F&M Commercial Maintenance, Fraser and Mountain’s Service Department.

In 2005 David Greig joined the company allowing Graham to retire from the industry. The company is currently owned and operated by, Martin and David. 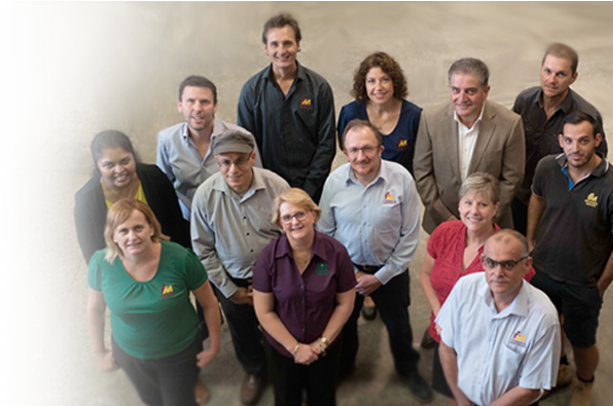 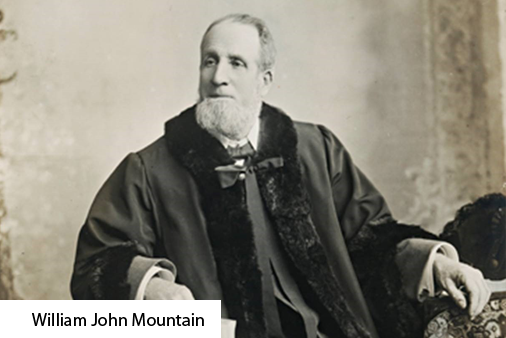 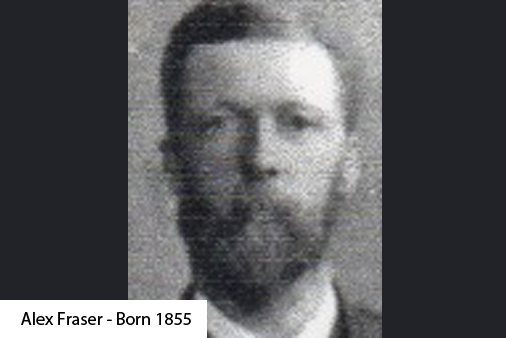 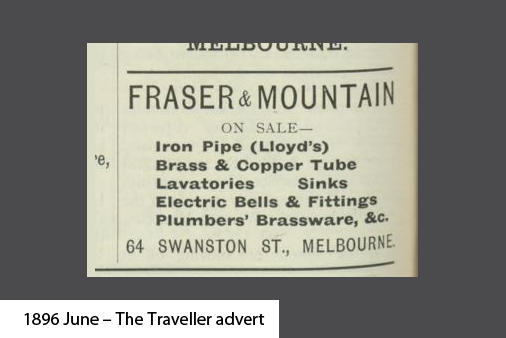 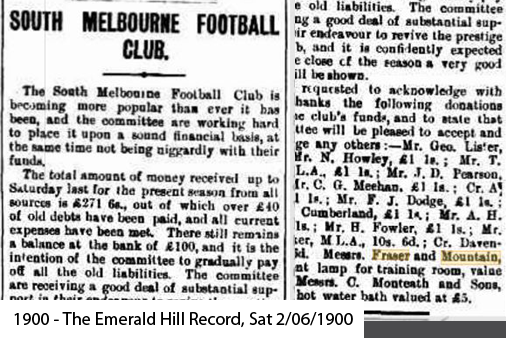 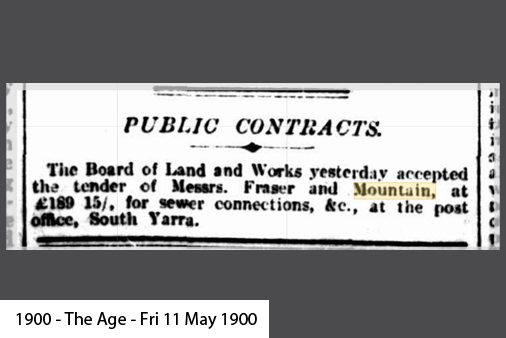 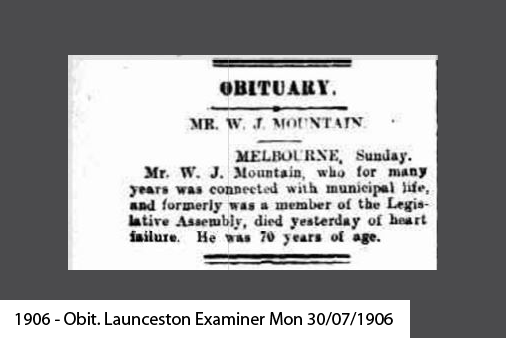 To continue building on our reputation as a trusted partner and advisor and to maintain a leading position in the mechanical HVAC services arena, by creating and delivering value and exploring advancement into other potential areas of our business.

"F&M have always supported us in the delivery of HVAC services, it was great to see them be able to offer a full service package to the University and provide a smooth contract transition when we changed over, often not an easy assignment.”

"Fraser & Mountain and the University of Melbourne have been working together for over 50 years delivering numerous complex mechanical HVAC installation projects."

"I have no hesitation in recommending Fraser & Mountain Mechanical Services to any company."

“As Senior Facilities Manager at the Howard Florey Institute of Neurosciences and Mental Health, it is my pleasure to express an appreciation for the valuable service extended to this establishment by Fraser and Mountain over the past 4 to 5years. Their mechanical services applied to this building and its research laboratories can only be described as excellent. They have provided courteous, ”

"They are very supportive and provide an excellent service I would recommend them to anyone."

"Australian Unity engaged Fraser and Mountain for a major mechanical services upgrade at its Melbourne Head office 10 years ago. Since the upgrade they have continued to maintain and services all the mechanical HVAC equipment within the building."